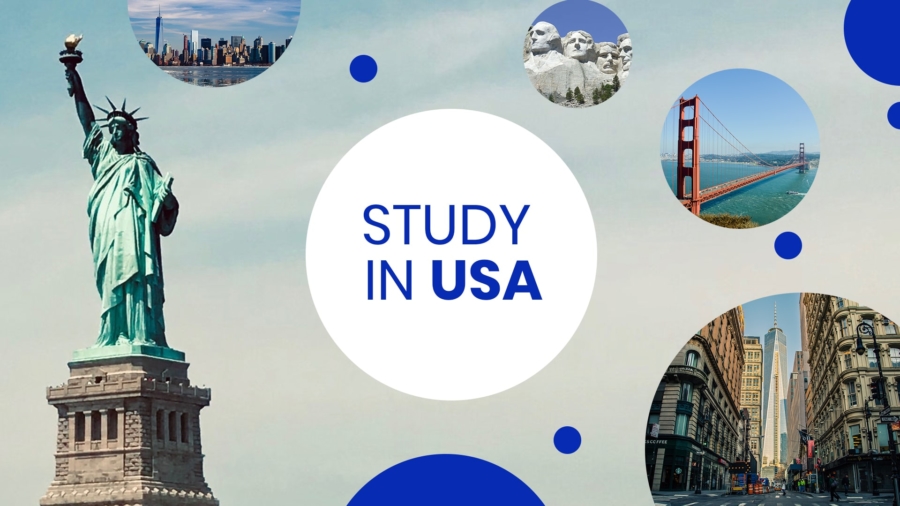 About United States of America

The U.S. is a country of 50 states covering a vast swath of North America, with Alaska in the northwest and Hawaii extending the nation’s presence into the Pacific Ocean. The US is the most preferred education destination among International students. The country is situated mostly in central North America, where its forty-eight contiguous states and Washington, D.C., the capital district, lie between the Pacific and Atlantic Oceans, bordered by Canada to the north and Mexico to the south.

The United States of America has been a global leader in the field of education and boasts of a lion’s share of top-ranked universities according to all major international rankings. Universities in the USA are also credited for innumerable patents and ground-breaking innovations, offering a chance to study and compete with some of the finest minds in the respective fields. USA has been the most preferred choice of study for international students owing to its 4000 accredited colleges and universities, which offer a wide range of programs to pursue bachelors or masters in the USA. The country offers excellent support facilities for international students to study in the USA.

American universities are widely known for the quality of their teaching and research. The United States is the number one and largest destination for international students seeking higher education overseas. The education system in the USA is the most versatile and flexible higher education system for international students in the world. US universities and colleges are known for their academic excellence and quality assurance.

Students Speaks About us

Revolution Plus Consultancy came into existence in the year 2007 when its promoters found that a large section of students were getting inadequate information for pursuing their career, particularly if they wanted to go overseas for higher education. Hence, they set up a counseling cell for the students

Do you have questions?