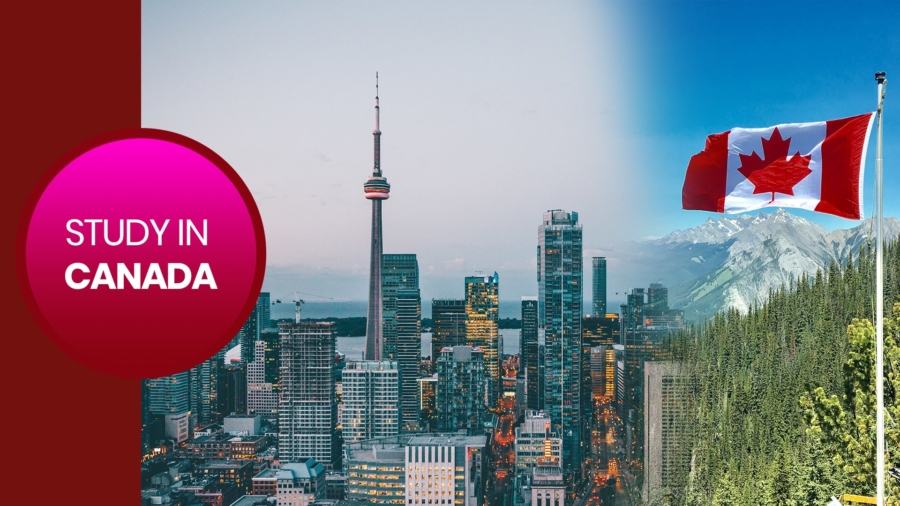 Canada is a federation of ten provinces & ten territories. It is a multicultural country and is considered to be a safe, clean and peaceful country. It has been ranked as one of the best places to live on the globe according to the United Nations and is the second-largest country in the world after Russia. It is a geographically vast country and offers diverse cultures within its borders.

Canada has one of the best educational systems in the world and this combined with its wonderful multicultural cosmopolitan attitude makes it an excellent destination for international students to come and further their education.

Canada is a very safe, stable country and has an excellent health care system, and the educational and living costs are relatively low compared to other English speaking countries, so this is an ideal place for international students to come and enhance their learning. The cost of living and tuition fees for international students are among the lowest in the world. According to the United Nations, Canada offers one of the highest standards for quality of life in the world.

Canada has some of the world’s top universities and according to QS World Ranking, 7 Canadian universities are in the top 200 in the world. The Canadian degrees are valued worldwide, and the cost of education in Canada is less as compared to many other global study destinations.

Students Speaks About us

Revolution Plus Consultancy came into existence in the year 2007 when its promoters found that a large section of students were getting inadequate information for pursuing their career, particularly if they wanted to go overseas for higher education. Hence, they set up a counseling cell for the students

Do you have questions?